NotoriousREV wrote: ↑
Mon May 20, 2019 4:26 pm
Our 420d has been in the dealer since Friday morning to have the stereo fixed (there's no sound from anything, including all the warning bongs etc.). They've replaced the amp today, but that hasn't fixed it. They don't know what's wrong with it and have offered a courtesy car for tomorrow.

That sounds grim - is it the HK or the standard BMW system?

HK. They reckoned they were going to do a load of checks before even ordering a new amp because of the cost of it (to them, it's under warranty) but either they didn't bother or they didn't do them very well.
Middle-aged Dirtbag
Top

Seems more likely it'd be the wiring loom its connected to don't you think? Amps usually don't just die completely but rather introduce unwanted distortion or have one channel fail.

Given BMWs recent issues with the fuse boxes I'd suspect its them not HK.
PDK frees up your left hand so you can scratch your vagina.
Top

The Smart car celebrated passing 100k and getting its nice new shiny silver body work by developing a starting problem. I thought it was probably the starter motor again. I'd already changed it once about 18 months ago I was in no mood for a repeat performance so it went to a local specialist who fixed it for £260

I drove the M135i for the first time in about 6 weeks and was greeted by a load of messages telling me to charge the battery or just drive the fucking thing, which is fair enough. It was covered in about an inch of dust so after driving it around a bit I gave it a wash too.

The Spazda was very nearly ready for the road again so I decided to get some new tyres for it. The Bridgestones that were on it had a manufactured date of late 2012 and were hard as fuck. I went for a set of Nankang NS2R in 205/15/15 for £75 a corner delivered from Tegiwa, and had them fitted at the ever lovely Dartford Tyres. 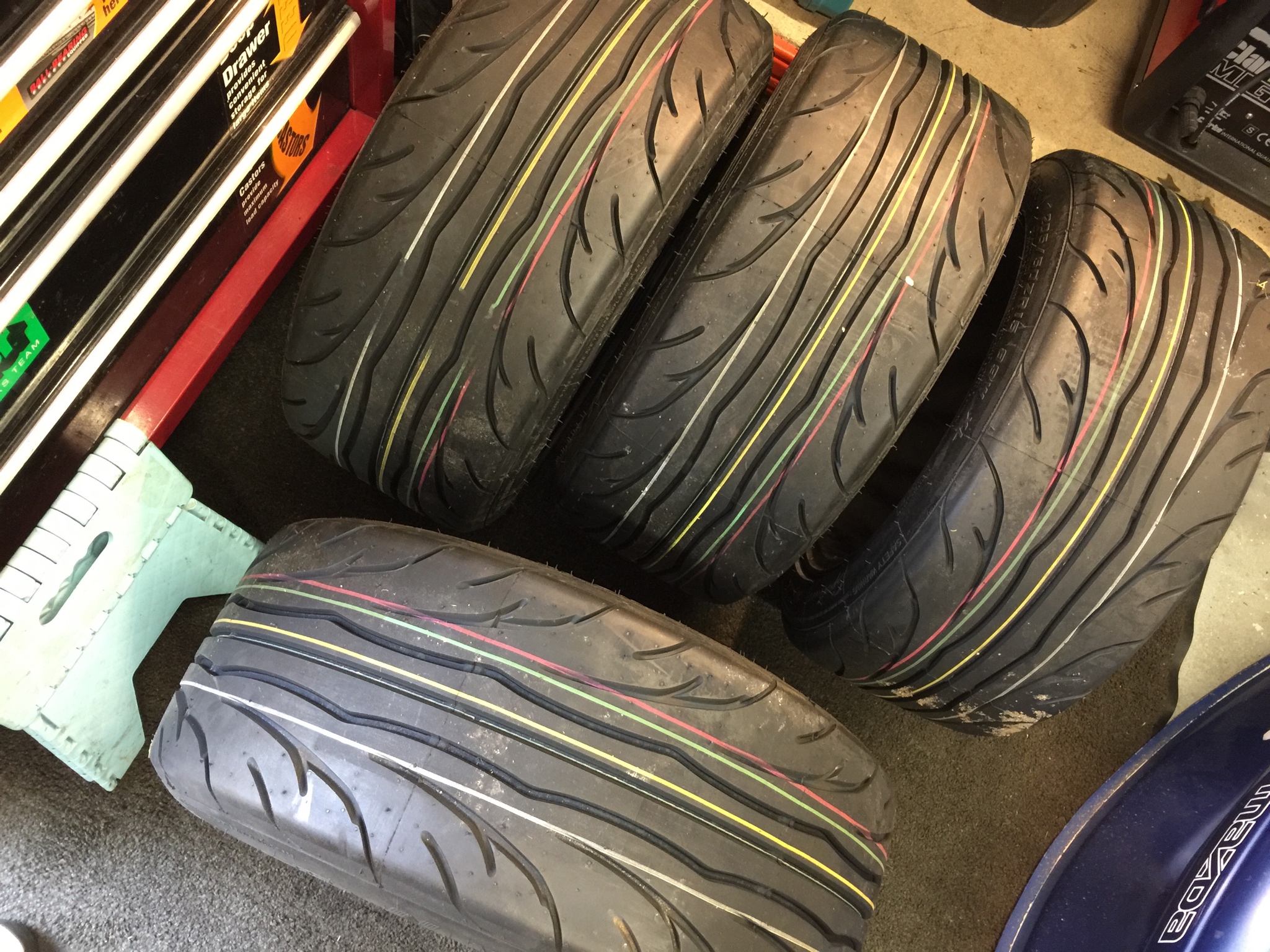 However fate had other plans as the radiator seems to have developed a leak, so it's been removed so I can investigate and repair/replace if needed. Whilst it was out I decided to fit the Corvette intake that came with the car, requiring that a big lump be cut out of the front of the car, thusly: 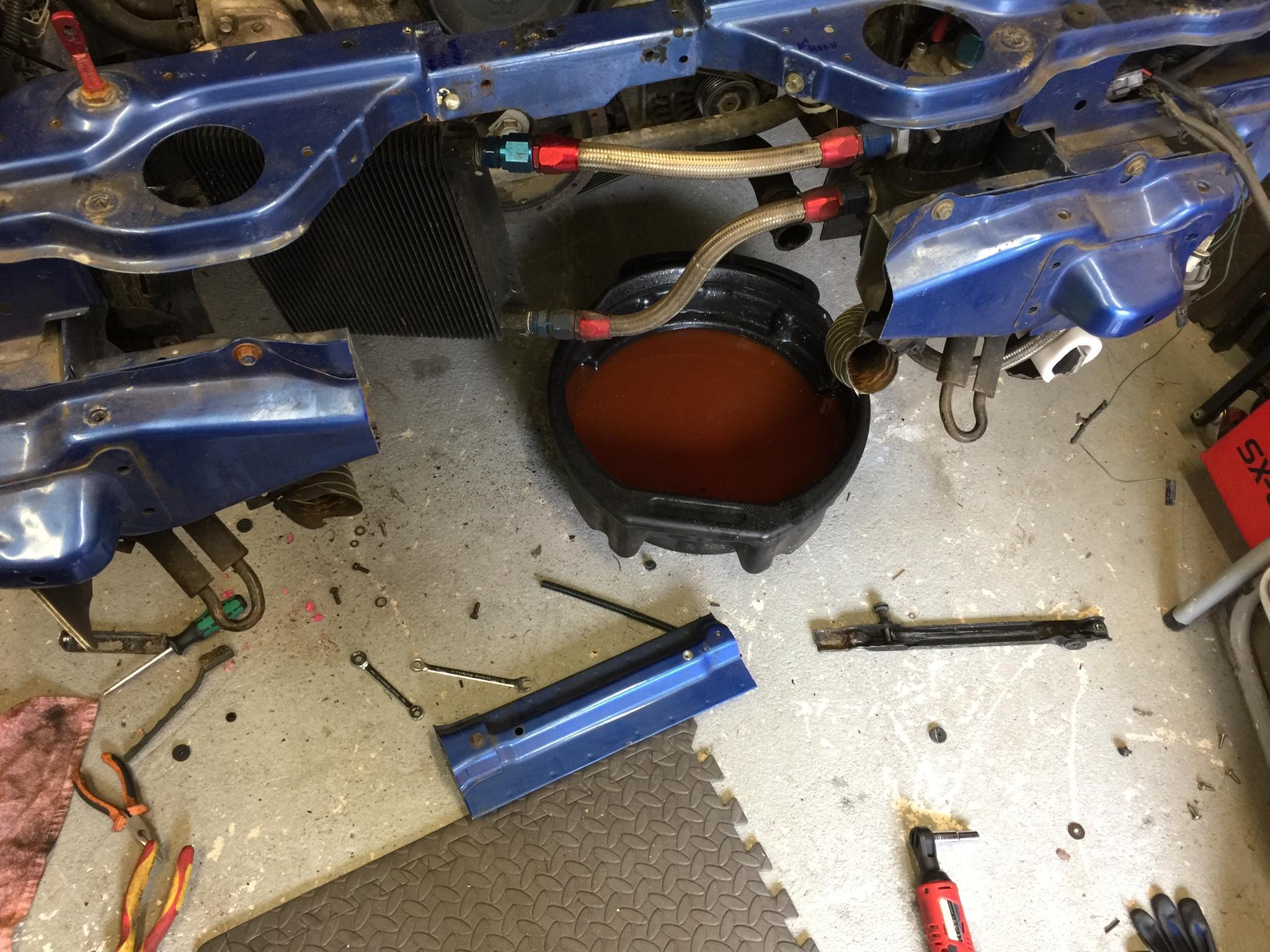 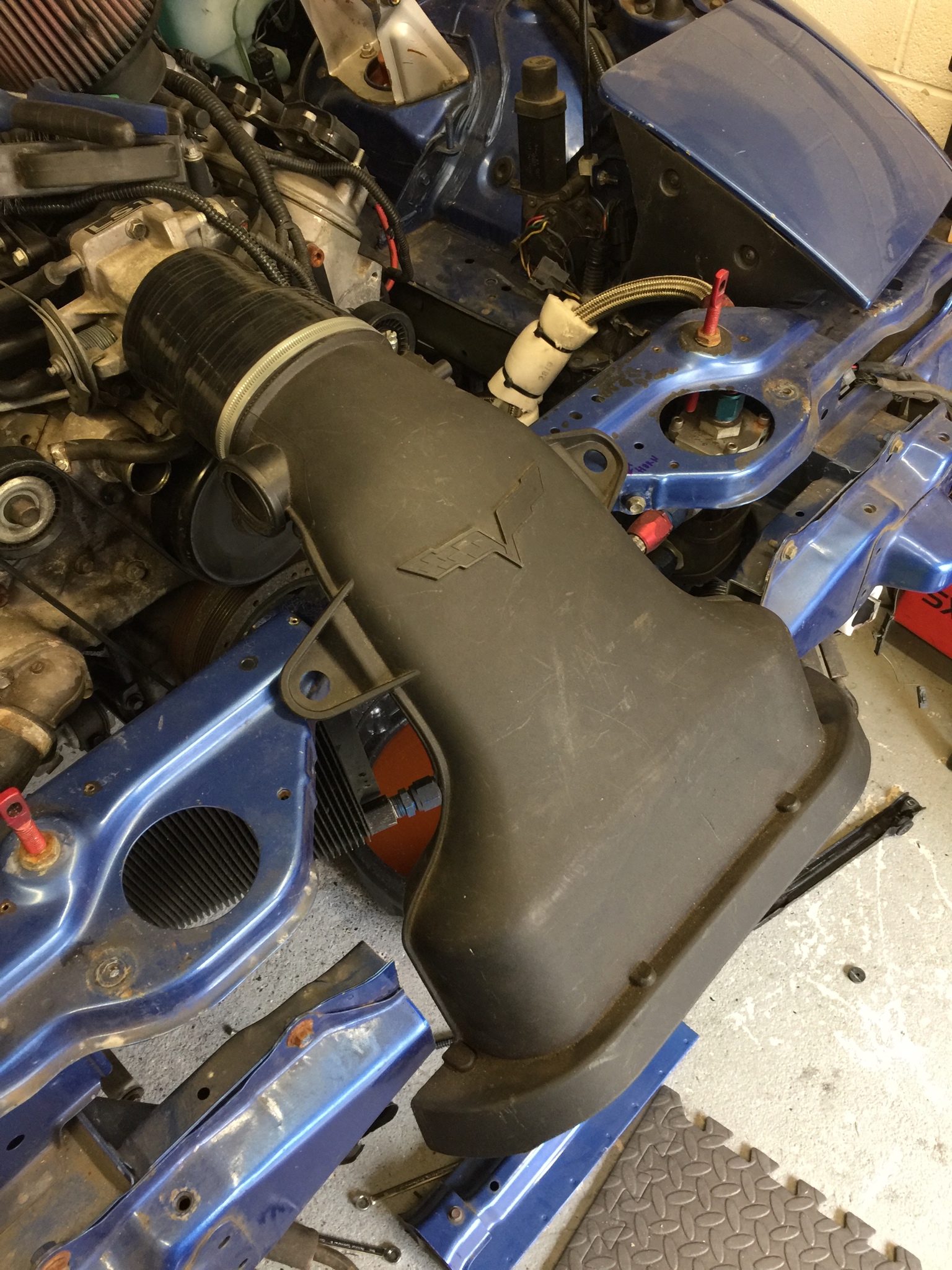 I just need to weld up the ends and put a bit of box section across behind it as a reinforcement.

Current ETA for project completion is 2050

M235i just had its fourth service. MOT passed without any problems. One of the alloys is slightly bent and the stealers want £455 for a new one. Currently on ebay looking for a good condition one for a lot less.
M235i
Top

Pete_ wrote: ↑
Sun May 19, 2019 9:54 pm
I haven't really had much reason to post in this thread because the CR-Z's hasn't gone wrong, but I've moved to London now and really can't justify keeping a car here that I don't need.

It needs to be brought to that wheel refurb place to be fair.

Open to offers of multiple packs of Revels.

Interesting. I told my son to look at them last week. Not sure he’ll be looking in time for yours, but any info would be appreciated. Need to check insurance quotes aswell.

There's a lot about CR-Zs that would make them hard to objectivly recommend. It's slow, the rear seats are almost unusable by adults, mpg isn't greatfor a hybrid (50-55 on the motorway, 25-30 in the city), and the suspension is very firm.

The positives are that, as I say, it hasn't gone wrong at all, the boot space is good (with the rear seats folded down I got everything that I own into it, with some space left over, for the move down to London), and after two and a half years I still think to myself how good looking it is when I see it parked up next to cars which could be considered in a similar sort of catagory like Megane Coupes and Siroccos. It would be a good choice for a young driver who wants something different from a boring hatchback, though the insurance is probably slightly more though.

I agree with Scotta's comment that they were ahead of their time, a modern version with plug-in hybrid tech would be top of my list for when I need a replacement if they made them! I haven't seen and with hybrid upgrades either.
Top

GG. wrote: ↑
Mon May 20, 2019 4:51 pm
Seems more likely it'd be the wiring loom its connected to don't you think? Amps usually don't just die completely but rather introduce unwanted distortion or have one channel fail.

Given BMWs recent issues with the fuse boxes I'd suspect its them not HK.

When I was trying to diagnose it myself, there were loads of stories of people having the amps fail and getting replaced and there’s a few videos on YouTube too. The dealers then independently diagnosed it as the amp, too. So no idea what it actually is. Our car isn’t affected by the recall, so nothing to suggest it’s related to that issue.
Middle-aged Dirtbag
Top

Alex_ wrote: ↑
Mon May 20, 2019 5:07 pm
M235i just had its fourth service. MOT passed without any problems. One of the alloys is slightly bent and the stealers want £455 for a new one. Currently on ebay looking for a good condition one for a lot less.

I'd get the one you have checked out first, BMW gave me the same line at the service before last, and would I like a new wheel at £4xx. I told them to FRO and got one from eBay, but when I went to my local tyre place to get it swapped over they put the original one on the machine and declared it to just be out of balance. They fixed it and charged me the princely sum of £10 or something inconsequential. Legends.
Top

I’ve done this relatively successfully but it was still impossible to get it perfectly balanced (it balanced on the machine ok, but you could tell on the car that it wasn’t quite right).

However, you’ll almost certainly find that eBay wheels have their own issues. Cracks and bends are commonplace in used BMW alloys.
Top 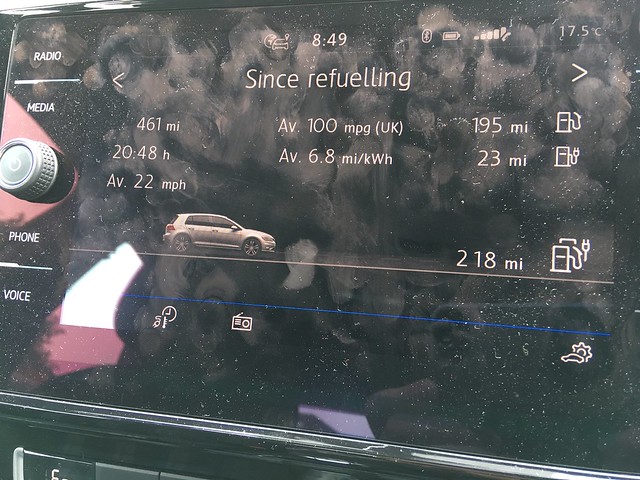 (god these glossy screens get filthy quickly, I only cleaned it a couple of weeks ago) 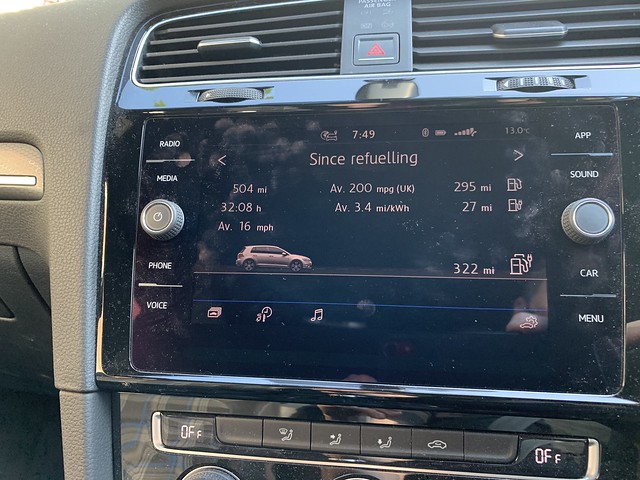 So over 500 miles on less than a quarter of a (40 litre) tank. Love this thing. Can't actually remember when I put petrol in it. 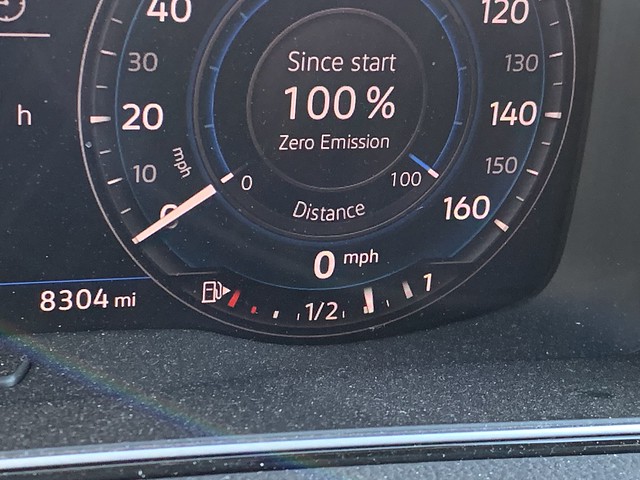 Your fuel will have gone off by the time ypu want to use jt.
Top

3.4 mpkwh is pretty good, it's about what I get although I do have a reasonably brisk commute. Should start heading toward 4-4.5 now it is finally warming up outside.
Top

Got the 420d back this afternoon. Apparently the power connector to the amp had a short, which is probably what killed amp #1, which they hadn’t noticed and thus instantly killed amp #2 when they powered it up yesterday. They’ve fixed the fault and amp #3 is working fine.

The only downside is that I managed to twat myself in the solar plexus with the frameless window when picking it up. Fucking hurt and I’ve got a lovely bruise and red mark across my chest.
Middle-aged Dirtbag
Top

Wish I had a solar plexus
How about not having a sig at all?
Top

It's a beautiful track

Fossil fuel plexuses are just not acceptable in the 21st century.
Last edited by NotoriousREV on Tue May 21, 2019 8:18 pm, edited 1 time in total.
Middle-aged Dirtbag
Top

Probably not trendy to admit, but the Blades, Masiello & Page mix of this is wonderful.
Top

Probably not trendy to admit, but the Blades, Masiello & Page mix of this is wonderful.

I was expecting a “wind0wn3d”. Disappointed.
Middle-aged Dirtbag
Top

Probably not trendy to admit, but the Blades, Masiello & Page mix of this is wonderful.

I was expecting a “wind0wn3d”. Disappointed.