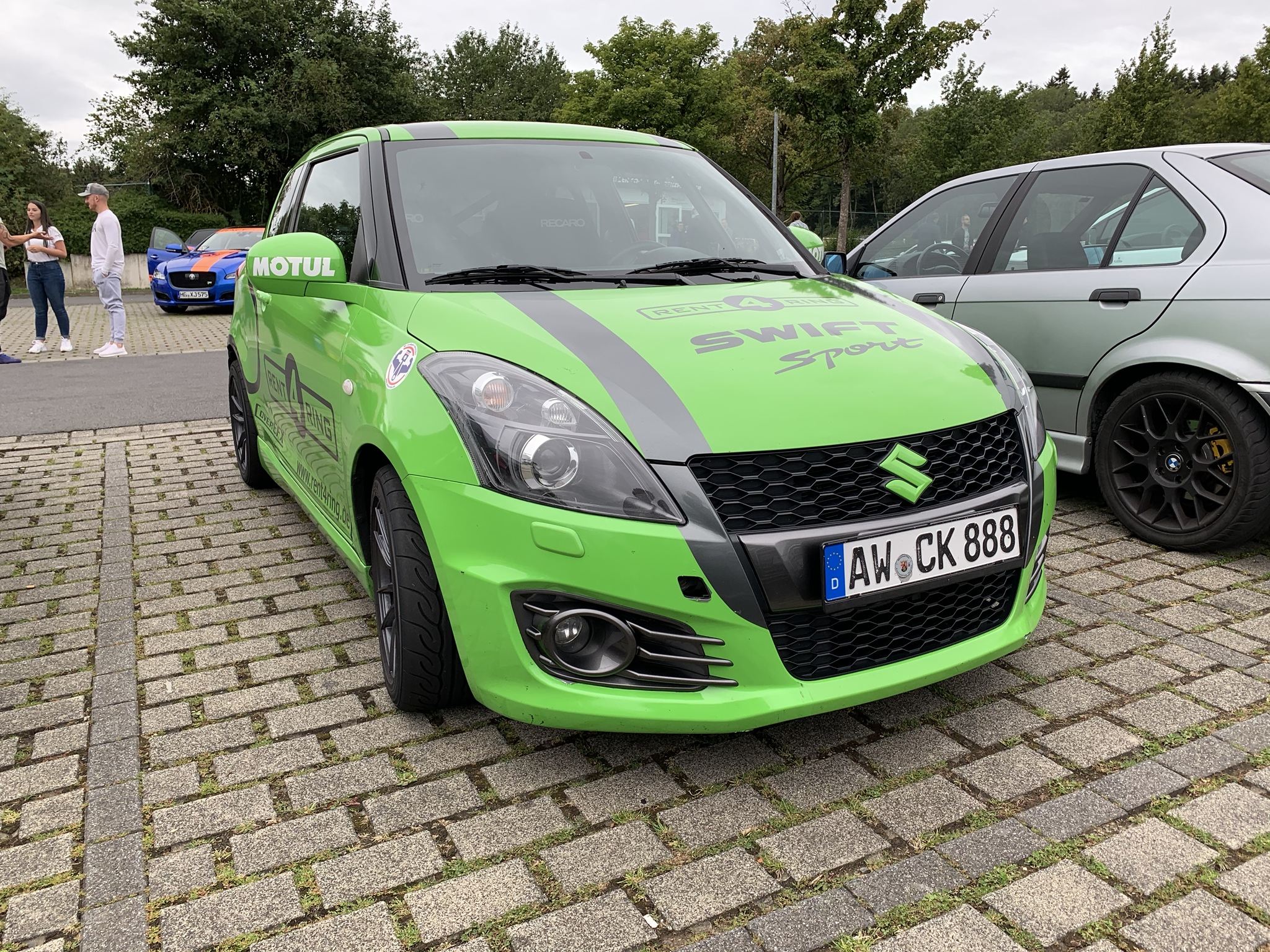 I think I won
Top

Excellent use of insurance money

Many moons ago...
Top

That'd be 2 braking points per lap?

They are indeed no so swift

What is was though, was lots of fun 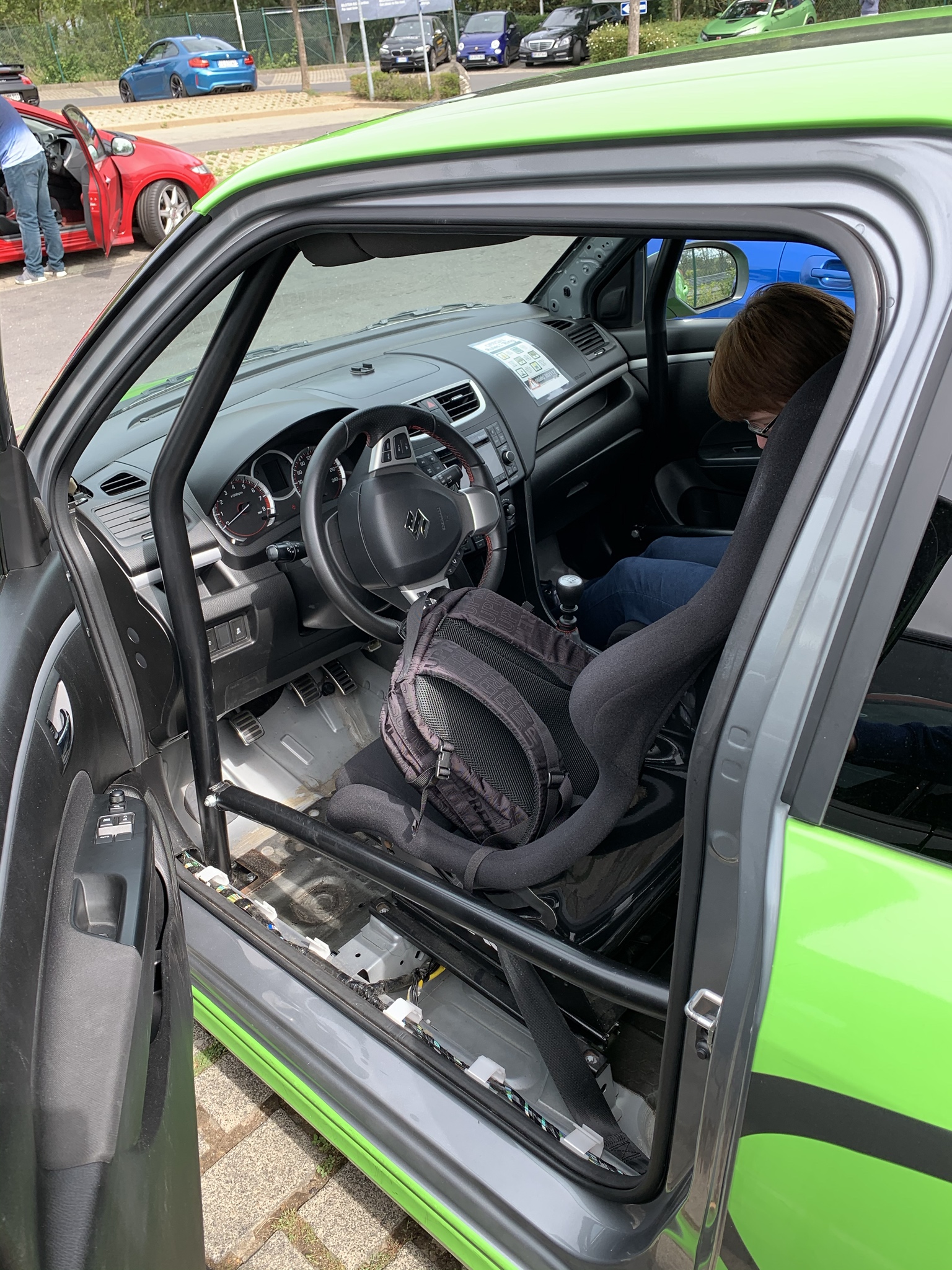 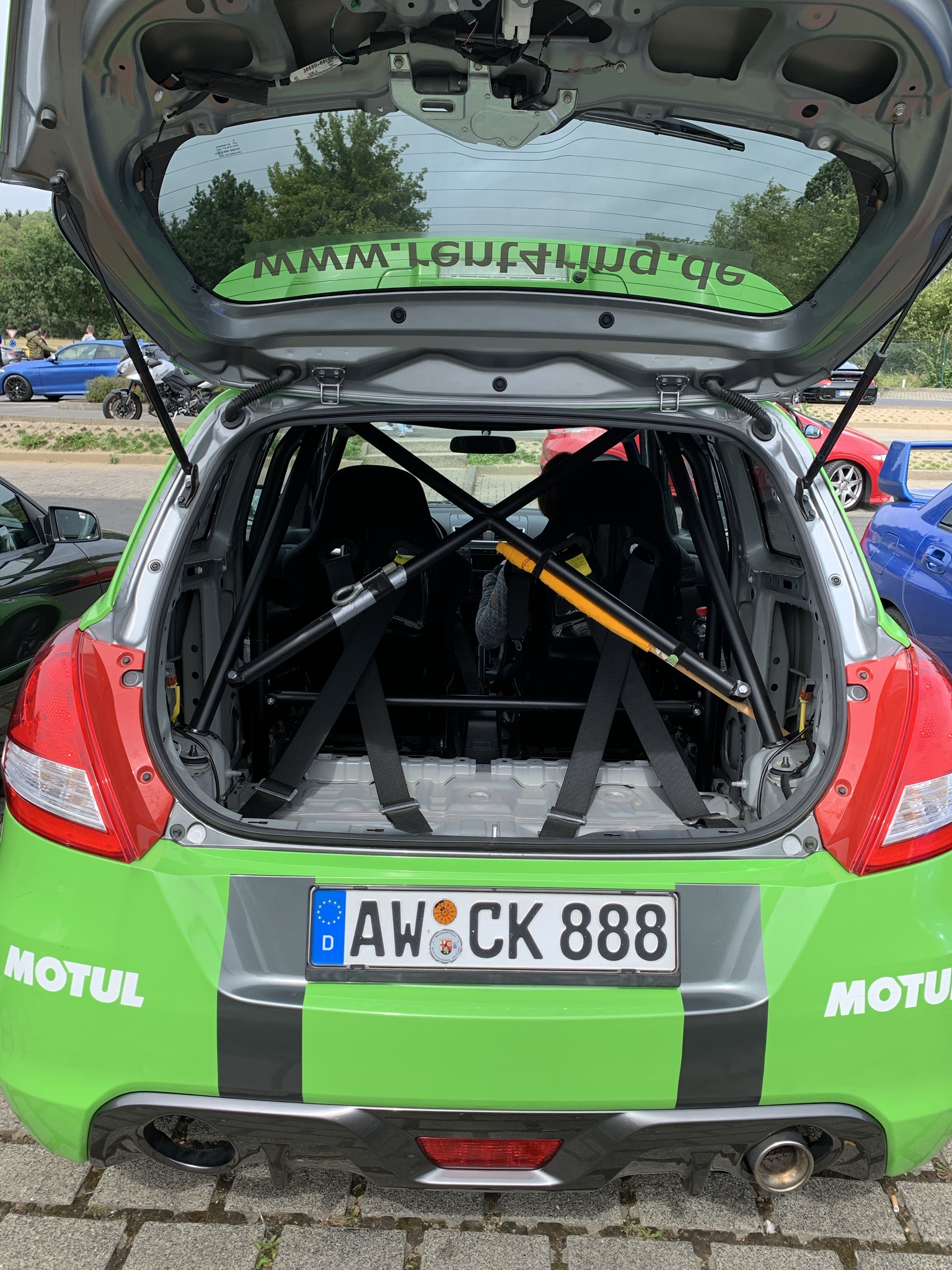 Rent4Ring get Swifts, strip them out, add a cage, some better suspension, some A048 sticky tires and biggerer brakes.

It’s definitely a fun experience. With no interior it’s obviously louder. The tires were super sticky when warm. The brakes really, really, really worked. Also the car is left and drive - changing gears with my right hand took some getting used to, I was finding myself instinctively moving my left hand into the door card occasionally when needing to change gear.

Rental costs €179 for the car, a tank of fuel and your first lap. After that it’s €79 a lap. You pay when you bring the car back. It’s not cheap, but lap tickets on the weekend are €30 anyway, so €49 for the car, fuel, tires and brakes doesn’t seem too bad really.

For the same sort of money I could have hired something like a road spec R.S. Clio from RSR, which no doubt would have been faster in a straight line, but wouldn’t IMO have been such a fun experience. 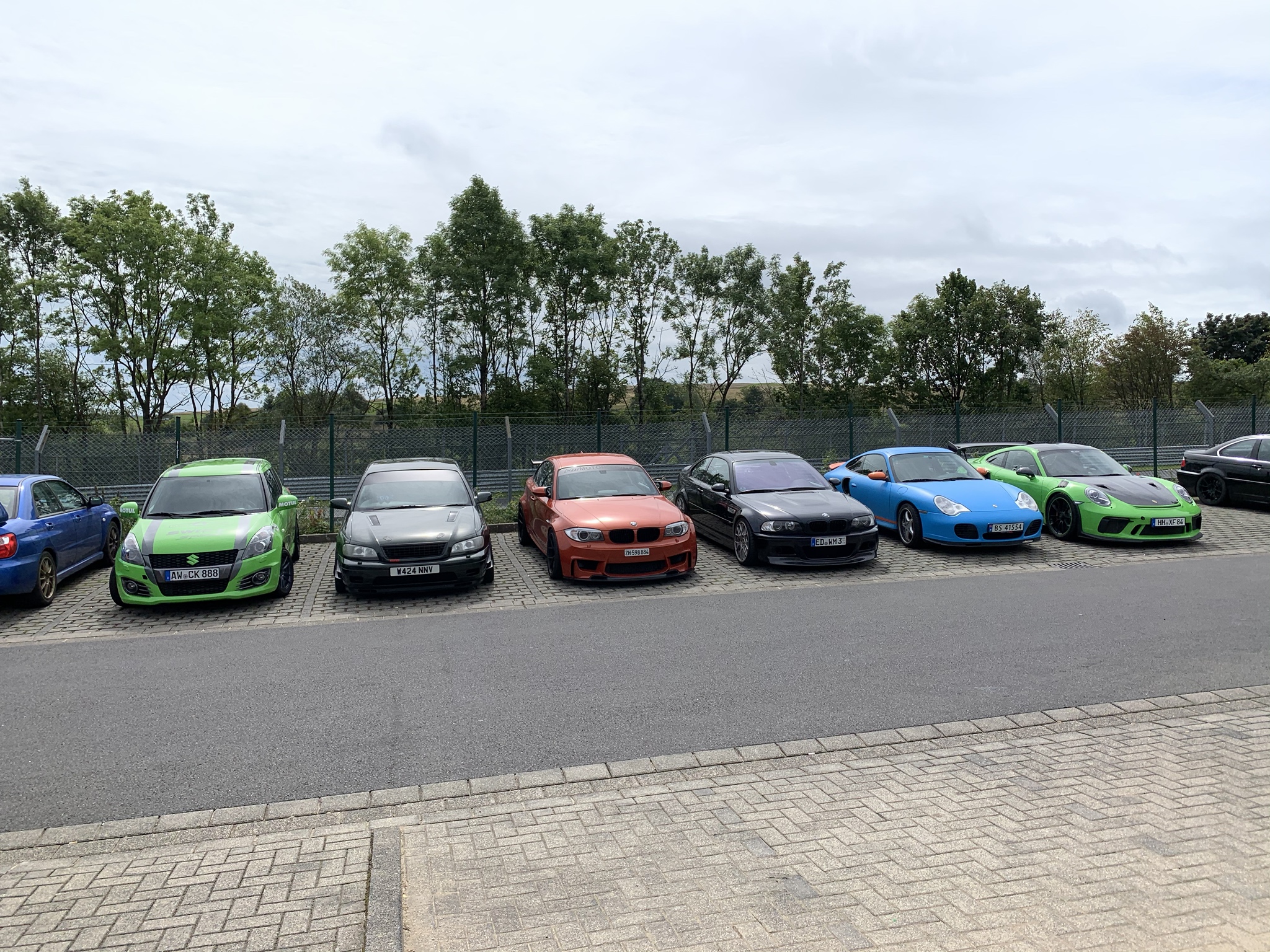 Both these green cars are basically the same
Top

If you’re wondering where all the BMW 1Ms went, turns out, they’re all at the Nürburgring. As are most of the Nissan GTRs
Last edited by Richard on Tue Aug 20, 2019 1:29 pm, edited 1 time in total.
Top

looks like great fun. The swift is probably a decent car to learn it in. Ive seen one of them in action round KH.

I didn’t look, other than to notice they were Yokohama, then did a very lazy google
Top

A fun long-weekend, for sure. Pick a weekend when the track is open all day Saturday and Sunday. A few nights in a friendly hotel. A bit of track driving. Loads of interesting cars to see up close in the car park and then on track too. Like minded people to chat to, if that’s your thing (absolutely not mine). Beautiful countryside views. German food. German beer.

Stopped in Bruges in the way home for stew and frites to brake up the journey, which in a diesel Countryman isn’t exactly thrilling...
Top

No traces of large-scale catering detected