(obviously apart from having see U2...)
Top

(obviously apart from having see U2...)

The worst bit was the 10 minute superhero cartoon they’d had made of themselves.
Mo’ money, mo’ tard.
Top

Luckily, he’s not speaking to MrsREV at the moment. This is because we wouldn’t let him come with us when we went to see U2 a few months ago. It was the first night out we’d had in about 4 months as a couple without the kids. We had tickets for the Friday night, and were having a proper date night with a meal etc. He had tickets for the Saturday night but decided he wanted to come out with us and would try and buy a ticket off a tout. When MrsREV told him he couldn’t come with us, or sleep on our couch after the gig, he threw a strop and still isn’t speaking to her. Result.

So he's basically a man-child then? Gotchya.
The artist formerly known as _Who_
Top

Lucky - last time I booked a Corsa or equivalent and got.. a Corsa.

To be fair, it was far less shit than previous generations of Corsa I've driven.
Top

ShockDiamonds wrote: ↑
Thu May 23, 2019 12:17 pm
Got either a Chevy Tahoe or Ford Expedition waiting for us in Florida when we land on Saturday. Really hope the the Ford is available as that's the one I fancy trying for the two weeks we're there.

Florida is on the cards again for us next year i think. Were off to australia this year.

Spent a couple of weeks in Georgia (the American State). Hired a RR Velar, or “equivalent” - which turned out to mean either a GLS, X5 or Volvo XC90.

The only one I didn’t want to end up with was the GLS, so luckily, after some aghast faces from family members, we ended up in a XC90 T6. 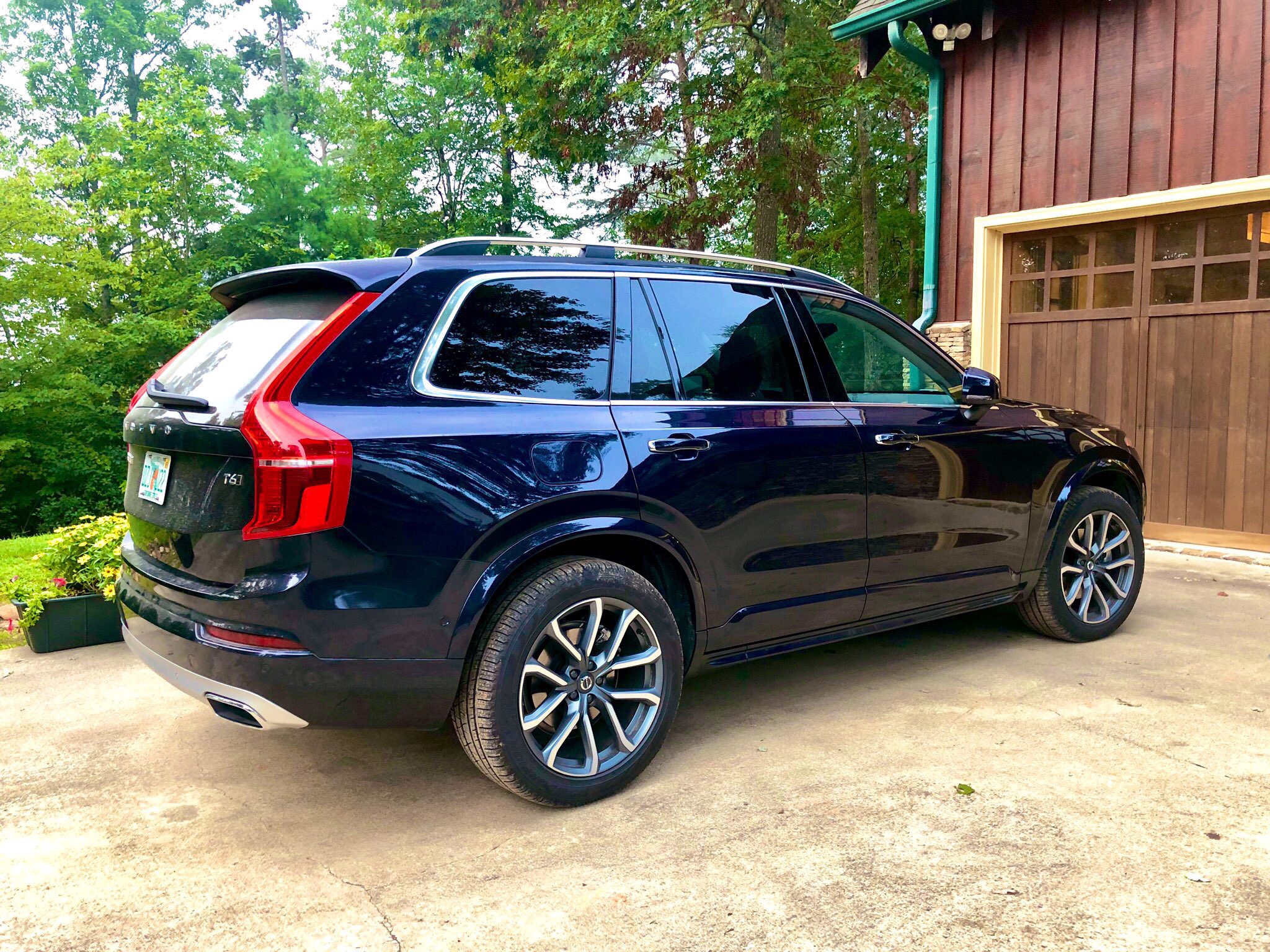 Managed to do 1100 miles, with the majority done over three days, of mostly Interstate, but plenty of mountain roads. In fact, the last mile to our cabin was a gravel road.

It’s a Volvo, so safety aids are too numerous to list, but here’s a pic of its start up items. 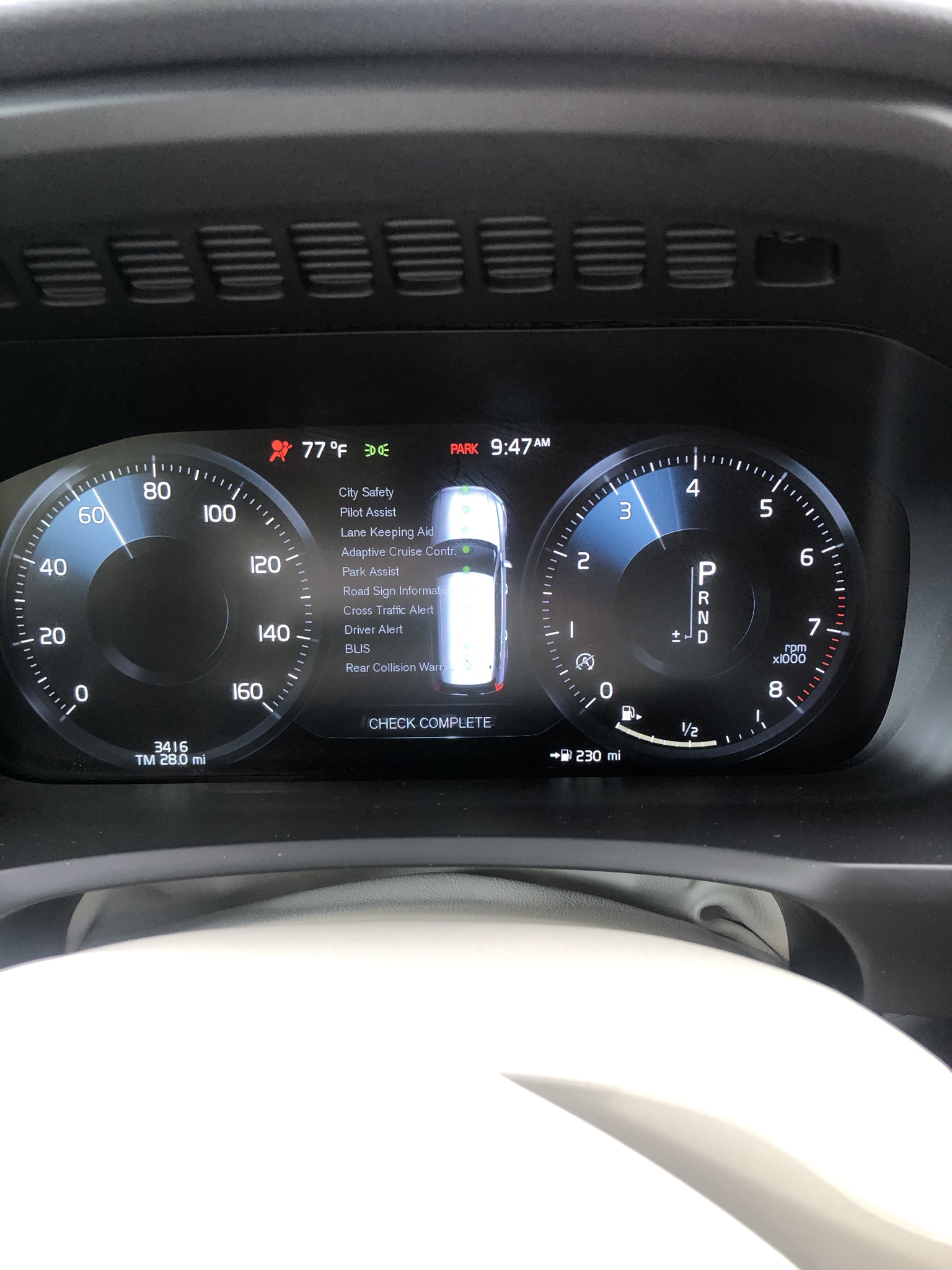 It had a nice, clear HUD and could parallel or bay park itself (although I didn’t manage to try either), aswell as a great incoming car alert for when reversing out of an angled bay where it was impossible to see clearly - van on one side, massive rear pillar on other. I was impressed with the levels of comfort plus the nice cabin, and even the touchscreen satnav/music/air-con controls didn’t frustrate. (Still think buttons are better though).

It had a mode called “Pilot Assist” (

) that combined adaptive cruise control, lane change (you indicate, it changes lane), lane keeping, speed limit control, blind-spot assist, driver-alertness and rear traffic closure rate tech to enable hands-off driving. Well, for about 20-30secs before it would ask you to gently shake the steering wheel if it had not felt any driver input.

I’ve not used anything like this before and so the first couple of hours were more stressful than normal driving as I waited for it to respond to a developing situation, feet and hands hovering/tensing over the controls. Eventually, I gained enough trust to watch it work and, although not perfect, certainly makes for a more relaxed, less tiring long drive. I found the hand resting on bottom of steering wheel, feet off pedals approach would enable a good 20-30 minutes of no-driver-input-required err.. driving. A couple of issues did become apparent; it doesn’t recognise other cars indicating to join or leave your lane and would change down gear to maintain the set speed in quite an abrupt way on a hill, where a human would’ve managed both scenarios better, but it’s still better than the average driver’s behaviour I see on the M25.

It managed to return around 24mpg (US), which isn’t bad considering it was either 20-30mph mountains or 80mph Interstates.

Oh, it had that makes-you-look-like-a-twat foot wiggle under the bumper to open the boot tech, which worked about half the time. Erm, people look at you whilst you do it and then laugh when it doesn’t work. Bigger boot than the X5 aswell.